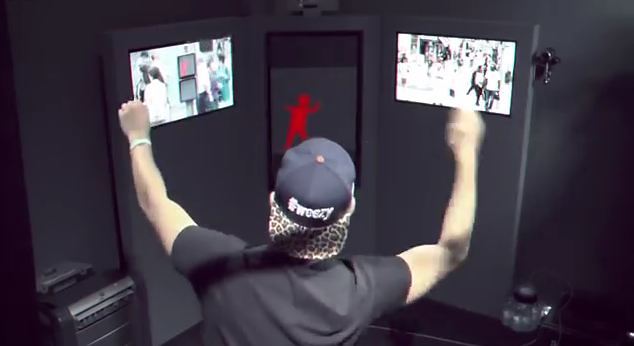 Recently the following video has been doing the rounds.

It shows a great idea to get people to stop at crossings when the red light shows. The idea is that rather than a boring red man stood there you get a real time animation of someone dancing in a booth a little further away.

They claim that the number of people stopping rose to 81%, which is awesome.

It also hooks into loads of motivations. You have free spirits are engaged as they get to dance their hearts out. Philanthropist types will like that by dancing they are helping reduce accidents. Achievers will want to do the best dance possible, whilst players will want to beat all the other dancers. Socialisers get to watch the show and chat to the people around them also watching. Even disruptors have a chance to be subversive in their actions in the booth!

However, what is the longevity of such an idea? After people have had a few goes dancing, how many times will they come back really ? How often will people be entertained by the dancing red man? What is the end game?

The idea is to change the behaviour of the people at the crossing, so rather than running out in front of oncoming cars, they actually wait. The problem I see is that they are not aware that this is the message or the lesson. It may work when there is a dancing red man, but what about all the other crossings?

I have recently been working at Capgemini around the Co-Innovation lab, where one of the ways we consider new ideas is by viewing them through three lenses: Desirability, Viability and Feasibility. This is a common technique, but using this kind of thinking can help you focus on ideas that actually have real world use. It makes you ask questions like “Does anyone want this?”, “Is it actually possible to do this?” and “What is the actual benefit of doing this”. Whilst the concept is certainly desirable – of course we want to reduce crossing related accidents and it is feasible (ie we know it can be done), is it viable as a long term solution for this problem?

I don’t think it is. Ignoring the practical costs of setting this system up at accident black spots, it just doesn’t have long term appeal and certainly not enough to change the behaviour on its own.

We are very quick to claim awesome wins in gamification, but often they seem to be short lived victories. If your plan revolves around novelty, remember that novelty wears off eventually. Consider the long game, don’t just settle for immediate results.

2 thoughts on “Gamification: Novelty is not enough”