I don’t often post press releases here, but this one excites me! Razer is a company that has produced gaming peripherals for years now. Used by pros and casual gamers alike, they always produce distinctive and interesting kit.

So when they announced they were going to release a fitness like band, I had to find out more!

It turns out they have made a competitor product to the likes of FitBit (which I use) and Nike Fuel Band (which I can’t afford!!). Not only does it look really cool, it has a boat load of features.  Rather than just a fitness tracker, it is a full features smart watch, showing you incoming calls and notifications. It is a fitness tracker, with location awareness and all sorts iof other bio data. Finally it is social, with band to band communications.

The other reason I have decided to post about it, they mention gamification as one of the features. As such, I have asked for a unit to do a full review of – with luck I will have one soon to do just that with!

Here is the full press release 🙂

At CES this year, Razer entered the arena of the Quantified Self and smart watches as they announced the Nabu Smartband!

The Razer Nabu is a revolutionary wearable technology that delivers notifications from a smartphone right to one’s wrist and tracks selected personal information. More impressively, it is also an open platform that third-party applications can exploit to create novel experiences for users, applying personal, physical and geographical opt-in data. The Razer Nabu has two OLED notification screens – a Public Icon Screen and a Private Message Screen. The Public icon screen – located on the top of the wrist – notifies users of incoming calls, texts, emails and app updates via notification icons. The Private message screen – located on the inside of the wrist – provides detailed information of texts, emails, bio data and other updates that can only be viewed by the user.

2.      Advanced Sensors to Track Data for Self Analysis

The Razer Nabu has advanced sensors for data tracking, including location information, bio data feedback (steps walked, distance traveled, stairs climbed, etc.), sleep data, band-to-band communication and much more, collected on an opt-in basis for users to better understand and adjust their daily activity. An included utility app can customize the type of data collected and can set permissions for the data to be shared.

The collected data as well as pre-configured capabilities and gestures on the Razer Nabu will be available on an open development platform to allow first- and third-party developers to update existing apps or build new ones to create new types of personal and social experiences for Razer Nabu wearers and third-party app users.

“Smart watches in their current form are too bulky and fitness trackers are easily forgotten after the initial novelty wears off—we have fixed all of that,” notes Min-Liang Tan, Razer co-founder, CEO and creative director.  “The Razer Nabu provides a revolutionary new platform that bridges the divide between so-called smart watches and fitness bands. It delivers only the information you need, collects data that you want, and deepens your social interactions. Most excitingly, with our open platform, developers can utilize data collected by the Nabu to deliver incredible experiences to individuals via mobile or desktop apps—social or otherwise.”

The Razer Nabu will be available for sale worldwide in late Q1 2014 (retail price, TBD), while developers can sign-up now and get the band at the developer’s price of $49.

About the Razer Nabu smart band:

Availability: Worldwide launch at the end of Q1. 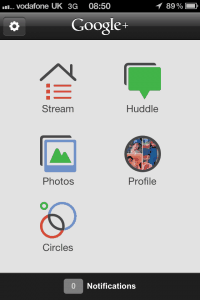 4 thoughts on “Nabu Smartband from Razer”