Home » Gamification » Even Ninja Monkeys Like to Play: Errata

I would like to thank Alisa Odincova for pointing out an error in the references for Even Ninja Monkeys Like to Play.

“[…] a word like “game” points to a somewhat diffuse “system” of prototype frames, among which some frame-shifts are easy, but others involve more strain”
Ludwig Wittgenstein

I referenced this as Wittgenstein, L. Philosophical Investigations. GEM Anscombe, (1953).

However, the quote actually comes from Minsky, Marvin, “Jokes and their Relation to the Cognitive Unconscious.” In “Cognitive Constraints on Communication,” Vaina and Hintikka (eds.) Reidel, 1981 Online at http://web.media.mit.edu/~minsky/papers/jokes.cognitive.txt whilst discussing Wittgenstein’s paradigmatic question about defining “game.” 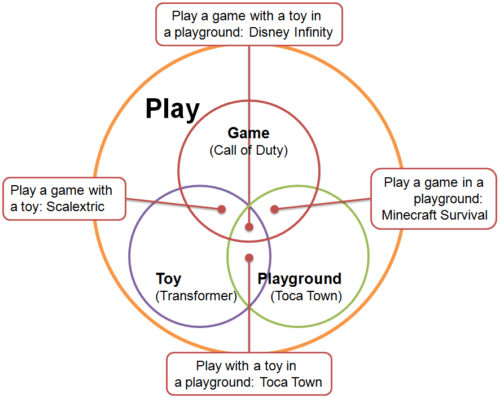