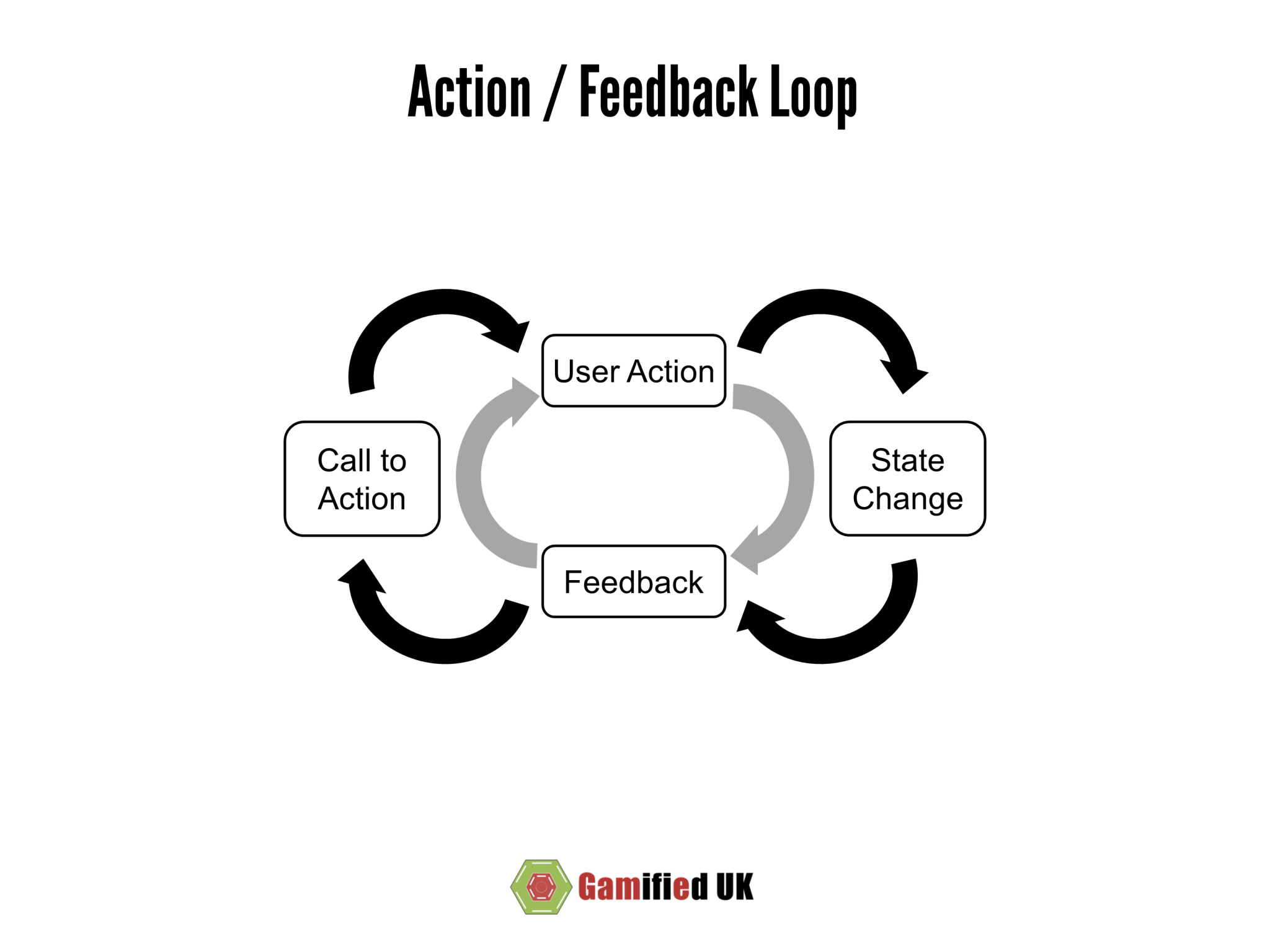 Ok, so a pretty long title there, but stay with me.

I have been trying out making a couple of videos to augment the blog a little. The first one was to introduce a new version of my activity loops idea from a few years ago. The second was to talk about how that fits together with the new Gamification User Journey and a new-ish idea around spirals and mastery… you need to watch the video to get more about that one!

First off, can anyone think of a nice little name for this, something catchy? Also, can anyone make a nicer looking version (Bernardo, I’m looking at you dude!!).

The loops starts with a call to action. With any luck, the user then takes the desired action. Next, the system provides some form of feedback; a reward, pat on the back, random reward, progress bar update etc. The action / feedback loop continues until a state change is needed in the system. This could be something like a change in difficulty, a power up or some other change that alters the users experience. After that the system offers the user some feedback and either goes straight back into the action / feedback loop or it may offer a new call to action first.

The video below explains this in a little more detail.

This was an odd idea I had whilst recording the next video. Consider the user journey as a spiral. In the center, the user discovers the system. As they spiral out from the center they go through on-boarding, immersion and mastery. After mastery, they may finish or they can go on to start a new spiral as part of replay.

Watch the video and leave me some comments 😀 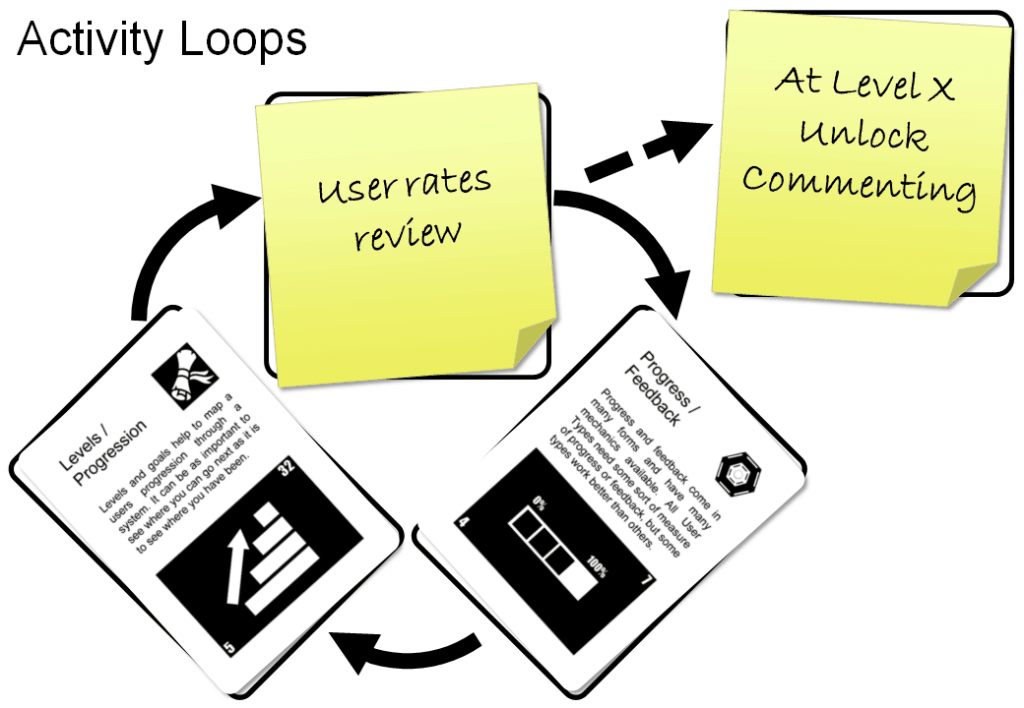 4 thoughts on “Combining the Gamification User Journey, Action / Feedback Loops and the Spiral to Mastery”